To share your memory on the wall of Troy Blair, sign in using one of the following options:

Troy was born Sunday, December 23, 1923 in McMinnville, Tennessee, he was the son of the l... Read More
Troy Medford Blair, age 95 of Fairfax, Virginia passed form this life on Thursday, March 28, 2019, at Fairfax Nursing Center in Fairfax, Virginia.

Troy was born Sunday, December 23, 1923 in McMinnville, Tennessee, he was the son of the late Virgil Blair and the late Bula Brady Blair.

Troy was raised on Short Mountain with his sisters Vesta, Pauline, Ola and his brothers Virgil, Gentry, and Kenneth.

He is a veteran of the United States Navy having served aboard on the USS Ericsson in World War II. Troy served in the Pacific and Atlantic theaters and fought in the battle of Normandy. He married Clara Mae Gipson of Franklin, TN and was married for over 50 years before Clara preceded him in death.

Funeral service will be held Sunday, April 7, 2019 at 1PM at the Gardens of Memory Funeral Home. Interment will be in Bethlehem Cemetery, McMinnville, TN.

The family will recieve friends from 8 AM to 1 PM on Sunday, April 7th at the funeral home.

To send flowers to the family or plant a tree in memory of Troy Medford Blair, please visit our Heartfelt Sympathies Store.

Receive notifications about information and event scheduling for Troy

We encourage you to share your most beloved memories of Troy here, so that the family and other loved ones can always see it. You can upload cherished photographs, or share your favorite stories, and can even comment on those shared by others. 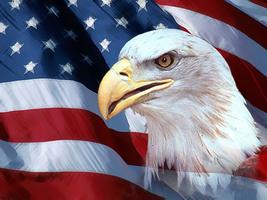