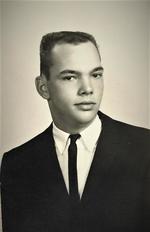 Robert was born Wednesday, September 18, 1946 in McMinnville, Tennessee, he was the son of the late Cecil A. Reed and the late Wauleen Smith Reed.

Robert was a longtime employee of Magnetek and retired from Star Manufacturing. He graduated from McMinnville City High School in 1965. He also served in the Tennessee National Guard. He was an avid fisherman and a loving father and grandfather.

A Funeral service will be at 11:00 AM on Tuesday at Gardens of Memory Cemetery located at 5201 Manchester Hwy. Smartt, Tennessee 37378 with the James Gillespie Jr. officiating.