To share your memory on the wall of Lawrence Hyatt, sign in using one of the following options:

Lawrence moved from Hazel Green, AL to McMinnville, TN in the late 1940’s. He eventually fulfilled a dream in becoming a dairy farmer in the Viola/Morrison community in the early 1950’s. When he retired from dairy farming in mid-1990’s, he worked as Shipping Supervisor at Findlay Manufacturing before becoming a Bus Driver for Warren County School systems. His third retirement happened in 2010 after surviving stage 4 melanoma cancer. He was a hardworking family man with a good sense of humor with strong family traditions and values. He enjoyed cooking and sharing recipes with anyone that would ask. He was a wonderful example to his descendants that you should never take life for granted and hard work was required to achieve your goals in life.

A Graveside service will be held 12 noon, Wednesday, January 6, 2021 at the Gardens of Memory Cemetery 5201 Manchester Hwy. Smartt, TN 37378 with Rickey Hyatt officiating.

We love you PaPa.

Gardens of Memory Funeral Home is in charge of the arrangements.
Online condolences can be made at www.gardensofmemoryfuneralhome.com
Read Less

To send flowers to the family or plant a tree in memory of Lawrence Edward Hyatt, please visit our Heartfelt Sympathies Store.

Receive notifications about information and event scheduling for Lawrence

We encourage you to share your most beloved memories of Lawrence here, so that the family and other loved ones can always see it. You can upload cherished photographs, or share your favorite stories, and can even comment on those shared by others.

Michael, Felicia and Mont Brown and Linda Poe sent flowers to the family of Lawrence Edward Hyatt.
Show you care by sending flowers

Posted Jan 06, 2021 at 06:41pm
Donna and family I am so sorry for your loss.
I have such wonderful memories of Us playing
On the farm. I have so many great memories
I am sure he was a great PaPa. Donna I think of such fun we had growing up together. Know I will
Have such fond memories of you and your family.
Prayers for peace and love go with you and your
Loved ones. Always best friends.
Comment Share
Share via:
MB

Michael, Felicia and Mont Brown purchased flowers and planted a memorial tree for the family of Lawrence Hyatt. Send Flowers

Posted Jan 05, 2021 at 01:33pm
Well it is kind of hard to pick a memory of my brother. He has always been there to cheer us on and make us feel there were better days ahead, we just had to keep moving, He was loved by many and he loved those back. He was never at a lost for words and, although he was born in Alabama he became a die hard Tennessee fan and we never let him forget his roots. We will miss him very much. Your oldest sister, Doris Hyatt Hawkins

I
Dear Hyatt Family,
I have so many memories of the Hyatt family when I was growing up. We went to church with them every Sunday and enjoyed many dinners on the ground with them at the church. I also remember my Grandfather, J. B. Gazaway, taking me over to their place to see Mr. Hyatt about something. I remember Mr. Hyatt as a much younger man looking tan and very fit and strong enough to do any chore on the farm and do it very well. I know he will be sorely missed. I'm so sorry for your loss.
Diane Coker
Diane Coker
Comment Share
Share via:
JA

Posted Jan 04, 2021 at 05:50pm
Our Deepest Sympathy... So sorry for your loss..We sure loved him.. I got great memories of going to his and Edna’s ..The coke truck coming to their house was so amazing to me and the wagon rides thru the fields..We had so much fun, always..
Our Love and Prayers for comfort are for you-all....
Jean and Gaylon and family
Comment Share
Share via: 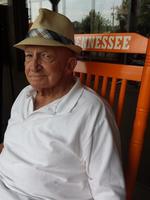 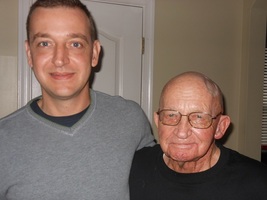 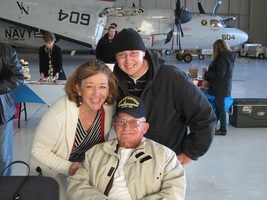