To share your memory on the wall of John DeLong, sign in using one of the following options:

John was born Monday, August 14, 1944 in Indianapolis, Indiana, he was the son of the late Marion DeLong and the late Helen Edmonson DeLong. He was raised in Clayton, IN where he excelled in baseball and basketball. He also was in chorus, band, and drama in high school. He studied at Purdue University where he became an engineer. After college, he served the US Navy and took five tours of combat in the Vietnam War.

After his service in Vietnam, he went to various cities in Asia. While he was stationed in Japan, he met Hiroko Katada and they were married in 1970 at the United States Embassy in Tokyo. They moved back to John's hometown in Clayton, IN and raised a son Donald, and a daughter Simone. As an industrial engineer, he worked at Linkbelt, International Harvester and Batesville Casket in Indiana. In 1989, he moved his family to McMinnville, TN as he took a position at the Carrier Air Conditioning plant.

John was an avid sports fan, especially baseball. His favorite team was the Atlanta Braves in which during the summer, you would always find him catching up on a game or talking about the last Braves game. He also loved to garden, and took great pride in growing beautiful flowers around his house. He was known for his quick wit, his infectious smile, and his kind and compassionate spirit.

In addition to his parents, John was also preceded in death by his wife Hiroko DeLong.

To send flowers to the family or plant a tree in memory of John Edward DeLong, please visit our Heartfelt Sympathies Store.

Receive notifications about information and event scheduling for John

We encourage you to share your most beloved memories of John here, so that the family and other loved ones can always see it. You can upload cherished photographs, or share your favorite stories, and can even comment on those shared by others.

Posted Nov 21, 2020 at 07:22pm
Worked with John at IH. He was a riot. Use to kill flys with a ruler and stapler. His brother lived around the corner from me. Have often thought and spoke about John over the years. My sincere condolences to his children, grandchildren and his remaining family.
Sandra Kay Watkins
Comment Share
Share via:

Sandra! He talked of you often! I think he came over to your house one time at Halloween so Don and I could trick or treat! Thank you!
HS

Flowers were purchased for the family of John DeLong. Send Flowers

Posted Nov 20, 2020 at 05:29pm
Wishing you peace to bring comfort, courage to face the days ahead and loving memories to forever hold in your hearts. 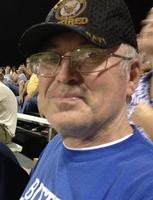 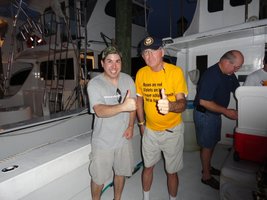 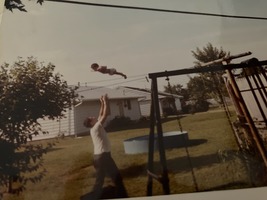