To share your memory on the wall of John Bloomberg, sign in using one of the following options:

Print
Mr. John Victor Bloomberg, age 72 of McMinnville, Tennessee went to be with his Heavenly Father on Saturday, November 9, 2019, after a courageus battle with mesothelioma.

John was born on Monday, June 23, 1947 in Westfield, Massachusetts... Read More
Mr. John Victor Bloomberg, age 72 of McMinnville, Tennessee went to be with his Heavenly Father on Saturday, November 9, 2019, after a courageus battle with mesothelioma.

John was born on Monday, June 23, 1947 in Westfield, Massachusetts, he was the son of the late John Bloomberg and the late Phyllis Brown Bloomberg.

John is survived by his wife of 52 years, Dianne Leftrick Bloomberg. his son, Michael Bloomberg and wife Stephanie, his daughter, Brandi Rutherford and husband Sean, his sister, Helen Castleman, mother-in-law, Doris Leftrick and four grandchildren, Justin, Trevor, Jaxton and Lillian. He also leaves behind numerous loving nieces, nephews,cousins and friends that were like family.

John is preceded in death by his father, his mother and his sister.

A Funeral service will be at 12:30 PM on Saturday at First Baptist Church of McMinnville located at 403 N. Spring St. McMinnville, Tennessee 37110.

To send flowers to the family or plant a tree in memory of John Victor Bloomberg, please visit our Heartfelt Sympathies Store.

Receive notifications about information and event scheduling for John

We encourage you to share your most beloved memories of John here, so that the family and other loved ones can always see it. You can upload cherished photographs, or share your favorite stories, and can even comment on those shared by others.

Posted Nov 19, 2019 at 04:08pm
I always looked forward to seeing Johnny’s bright smile on Sunday mornings in the first service. He and Dianne are such precious people. We will forever miss him.
Comment Share
Share via: 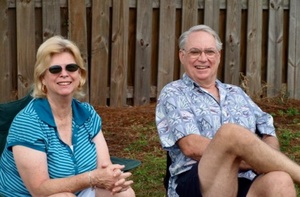 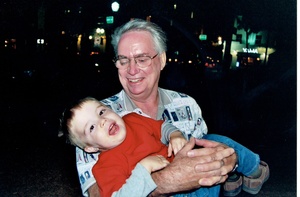