To share your memory on the wall of Amos Phillips, sign in using one of the following options:

Print
Amos Lee Phillips, Jr. age 34 of McMinnville, Tennessee passed from this life on Thursday, October 29, 2020, at his home.

Lee was born Wednesday, December 11, 1985 in McMinnville, Tennessee, he was the son of Amos Phillips and Tina Chisam Snider.

Lee was loved by all of his friends. His apple of his eye was his girls. He loved them with his whole heart. Tyler was like a brother to Lee and the two often were found together. Lee and Amy loved cars. Lee liked car shows and often went to the annual Slammin' and Jammin' show amoung others with Charles Tanner. Charles introduced Lee to the import cars in the late 90's, Lee only owned imports. He loved to fish. He often would go out on the boat with Donald Tanner. The two were always baiting a hook. Growing up Lee would often be found at the dam fishing with David Bates, Dustin Burger, Brent Sandlin, Jeremy Sandlin, and Chad Sandlin. Everyone that knew Lee, knew that he was Peanut's best friend.

A Funeral service will be at 1:00 PM on Tuesday at Gardens of Memory Funeral Home located at 415 North Chancery St. McMinnville, Tennessee 37110 with the Jason Nunley officiating. Interment will be in Old Bybee Chapel Cemetery, Rock Island, TN.

In lieu of flowers the family requests donations be made to the funeral home for funeral expences.

To send flowers to the family or plant a tree in memory of Amos Lee Phillips Jr., please visit our Heartfelt Sympathies Store.

Receive notifications about information and event scheduling for Amos

We encourage you to share your most beloved memories of Amos here, so that the family and other loved ones can always see it. You can upload cherished photographs, or share your favorite stories, and can even comment on those shared by others.

The FTD Vibrant Sympathy Planter was purchased for the family of Amos Phillips. Send Flowers

Posted Nov 02, 2020 at 07:58pm
Uncle Peanut, we are so very sorry. We are heartbroken for the family. Sending love, hugs, and prayers for peace and comfort. Lisa and Jon Officer 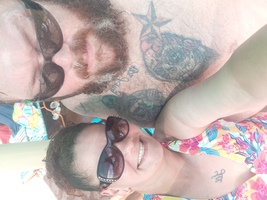 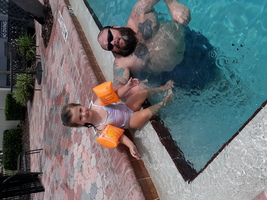